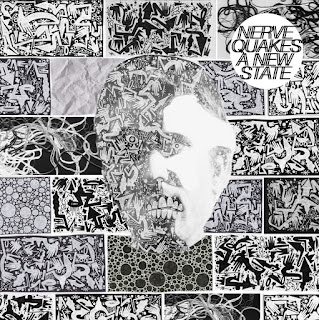 One of the lesser realised musical gifts of the last decade has been the extraordinary revival of post-punk and death rock in Europe, the USA and to a lesser extent, the Eastern States of Australia. From Savages to She Past Away to Aztec Death and Catholic Spit, the litany is so long as to be almost beyond measure. One of the most frustrating things surrounding this movement however has been my home town’s almost total and utter disinterest. Somehow, sleepy old Perth just doesn’t seem to get it.

Happily though, there’s always the exception that proves the rule, which brings us to Nerve Quakes.
Their latest, and I believe first full length, release is immense – punk? Maybe. “Monarch” quite deservedly won them the Punk award  for the West Australian Music Industry Award in 2016. Certainly not punk in the hardcore sense like, say Discharge, but actually slickly gliding punk / post-punk much in the vein of Siouxsie and the Banshees on their early albums.

It is of course one of the oldest of clichés to accuse artists from the Gothy side of the tracks, and perhaps the late Ian Curtis’ most unfortunate legacy, of being bleak and depressing, but what we have here is almost the complete opposite. The sound is bright, lush and compelling. Even Caitie intoning “ashes to ashes, dust to dust” on “Basque” somehow almost impossibly carries a warmth and compelling danceability.

On “A New State” Nerve Quakes have presented us with a genuinely solid and coherent slab of eminently listenable dark post-punk. It sucks you in. It’s virtually impossible not to like. A darkly seductive beast with a pop sensibility somehow reminiscent of a more contemporary version of something along the lines of Look Back in Anger.

It subtly glides through the realms and rivers of darkly introspective dreams that the Perth dark alternative scene has so desperately needed for so very long. Finally the local scene again has a genuinely excellent band that not only has recorded product, but far more substance than two blokes in camo pants hiding behind their laptops. 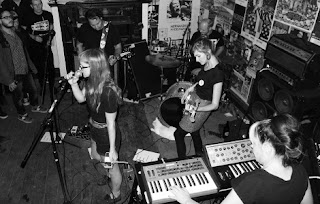 The official launch party is apparently scheduled for May, but in the meanwhile, you can get your copy, either on vinyl or MP3 here:
UK (vinyl)
http://imminentdestruction.bigcartel.com/product/nerve-quakes-a-new-state-lp