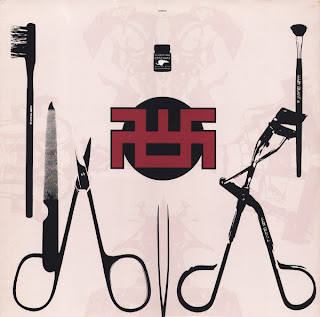 For a band who managed to knock out no less than five full-length albums and had sufficiently decent distribution to see their CDs make it all the way to isolated little Perth, finding hard information online concerning these kids is surprisingly difficult. Their CD liner notes aren’t much help either.

Sleeping Dogs Wake were initially a two piece consisting of Robert Wilcocks and Karin Sharret, who seems to have had a thing for playing drums sans shirt, although judging from band promo pics they seem to have acquired an extra or two as time went on (members that is – how many shirts Karin eventually owned remains a matter of speculation).

Robert also appears to have some connection to German Darkwave outfit Girls Under Glass and the more industrial The Cassandra Complex, although it’s not terribly clear if he was actually a member or not. Both Robert and Karin also seem to have been involved in a relatively obscure dance/industrial project known as Cobalt 60.

Originally starting out in 86 or 87, rehearsing in Robert's Camden flat, the Toys for / Confined to Memory 12”appeared in 1988 as their first release, and a thundering unique beastie it was. With the possible exception of a vaguely passing resemblance to the early electronica of Diamanda Galas, I honestly can’t think of anything similar that had gone before. Sleeping Dogs Wake weren’t quite as scary as Diamanda, although the necrophilic imagery of “Toys for ” certainly came close:

“She dropped her gaze, those lips, those eyes,
I’ve got you at last,
Come closer, come closer,
Into my web,
I’ll not leave you living!
I’ll haunt you, I’ll haunt you!
Till your fresh young skin
Crawls back off your skull and the maggots step in.
Toys for !”


The B side “Confined to Memory” presents a considerably more restrained face of the band, although the vocal dynamics are astounding. It’s a mournfully beautiful piece of reflections on a dead (or possibly dying?) relationship. I suspect most of us have been there at some stage or another and know that empty feeling of wondering what the aftermath will be like and what will remain. It’s a magnificent break-up song, but I’d certainly be inclined to leave it until well after said break up.

Mick Mercer seemed to like them, noting Sleeping Dogs Wake in the summary of Goth History Part 2 (The Gothic Rock Black Book, Omnius Press, 1988) as one of the new up and coming bands to watch out for.

Two full length albums followed. The first of these was the exemplary Understanding (One Little Indian, 1989) which included both tracks from the Toys For Alice 12” and a number of others, often displaying some very odd lyrics. If art-rock is your thing, it comes highly recommended. Threnody (One Little Indian, 1990) came next – in a very similar vein from recollection, although it’s been years since I heard it.

Mick Mercer evidently had a change of heart however, describing them in Gothic Rock (Pegasus, 1991) as “Godawful pretentious bilge” which I always thought did Sleeping Dogs Wake material a terrible disservice.

They popped up again a few years later with Up! (One Little Indian, 1992) which I can’t claim to have heard, but by this time had added Haggis to their membership, who had previously played bass as a session musician on the Understanding album. Following this, SDW would undergo a complete change in direction on the utterly brilliant Sugar Kisses (Hyperium, 1993). A much more laid back approach than SDW had displayed previously, beautifully dreamlike and whimsical that remains a firm personal favourite to this day. They made their final full length album with Under the Stars (Hyperium, 1995). Robert seems to have more recently done some work with German Darkwave outfit Deine Lakaien on their April Skies album (Capitol, 2005). 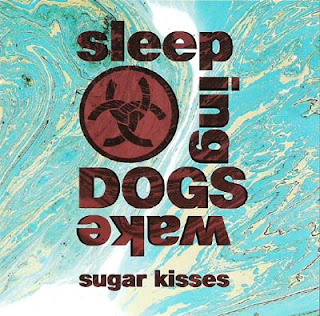 I think we’ll close with some brief live footage, just because I can. The sound quality here is awfully muddy, but I think it makes for interesting viewing nevertheless. 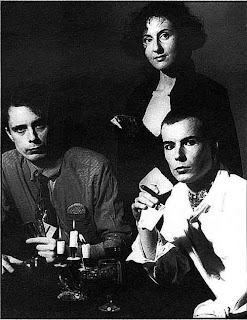 Lineup:
Robert Wilcocks (guitar, sampler, vocals), Karin Sharret (vocals, drums), other participants including Haggis and Jens Lankniv seem to have been added from the Up! album onwards.


Many thanks to Haggis for filling in some important gaps in the Sleeping Dogs Wake history.
Posted by James Von Sutekh at 6:56 AM