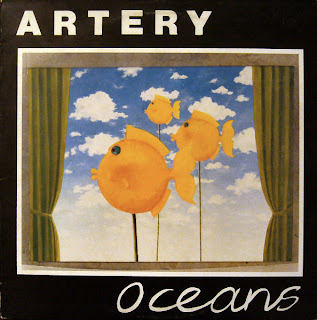 Artery actually have a pretty sizeable back catalogue, so it’s almost surprising that they’ve somehow ended up languishing in Obscurity Corner.

These chaps first materialised in 1979 from an earlier incarnation with the slightly pretentious moniker of “The”, before a name change and debuting with the single Mother Moon (Limited Edition Records, 1979), but at this point, although musically compelling, they’re still very much in the wider post-punk school rather than anything distinctively Goth. 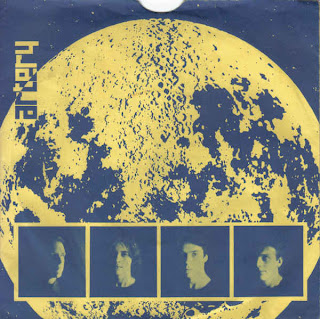 Where things start to get interesting though is their third single “Afterwards / Into the Garden” (Armageddon Records, 1981) and the Oceans EP (Red Flame, 1982) which both contain solid slabs of early Goth Rock, despite the cover art of Oceans challenging that of Red Lorry Yellow Lorry for the coveted crown of “Least Goth Looking Ever”. Although Artery would deny having ever listened to Joy Division, the influence here is difficult to overlook, and these early recordings do seem to bear something resembling a head-on, if joyous, musical car crash between Joy Division and Bauhaus before the resulting wreckage was rear-ended by Killing Joke. 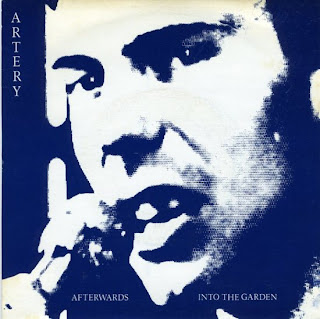 Main man Mark Gouldthourpe had something of a penchant for arty lyrics which occasionally gets the band in trouble, sometimes seeming angst-ridden to the point of being fraught, with resultant unintentional smirking on the listeners’ part. But not to mind – there are far worse thingsto encounter in the musical world, and if songs like “The Clown” and “Ghost of a Small Tour Boat Captain” seem unlikely inclusions, others like “Into the Garden”, “Afterwards” and “The Slide” are more than strong enough to make up for them.

After this though, things would bizarrely mutate, with massive line up changes and the next album “One Afternoon in a Hot Air Balloon” (Red Flame, 1983) largely consisting of of keyboard adventures in the vein of  plinky-plonky, honky-tonky and indeed, wonky-donkey. To borrow a phrase of my mother’s; it was all “just a bit twee”, which is a lot nicer than Martin Lilliker’s description “an absolute abomination” (Beats Working for a Living: Sheffield Popular Music 1973-1984 (Juma, 2005)). Liner notes on Artery, Into the Garden – An Artery Collection (Cherry Red, 2006) suggest that the album was virtually a solo project for Gouldthorpe and attempts to tour the new direction in Europe were apparently not well received. It’s probably not to everyone’s taste, and if you happen to be a regular visitor to this blog, chances are that it’s certainly not going to be to yours either. 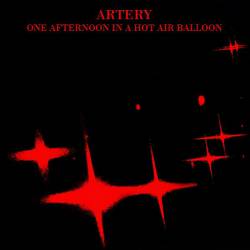 Fortunately though, things improve again with The Second Coming album (Golden Dawn, 1984) and harder and stronger 12” releases like A Big Machine (Golden Dawn, 1984) displaying a new Birthday Party-lite sensibility, not to mention a substantial improvement in cover art.


Afterwards (Pleasantly Surprised, 1985), a collection of demos and live reordings followed, before Artery’s last bow, Number Four - Live in (Golden Dawn, 1985) and it was all over. Not that they went quietly though, with Artery members re-emerging in varying roles in a wildly disparate array of bands including Flight Commander, Death Trash, All About Eve, an early incarnation of Right Said Fred, Treehouse, Pulp (as a youngster, Jarvis Cocker was apparently mad about Artery), and most importantly to us here, keyboardist Simon Hinkler would reincarnate himself as lead guitarist with the newly formed The Mission, while Artery manager, Golden Dawn Records owner, and sometimes bass player Tony Perrin reappeared as The Mission’s manager.

Meanwhile, hop forward to 2009 and under Mark Gouldthorpe’s leadship, Artery have reformed, releasing the Standing Still EP (Phantom Power Records, 2009) followed by the album Civilisation (Twinspeed Records, 2011).
Gosh, but don’t an awful lot of bands seem to be doing this at the moment?
Good luck to them. 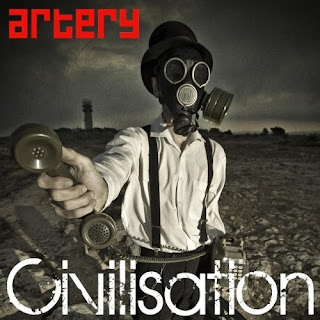 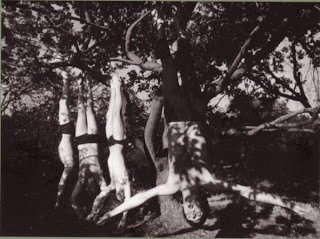