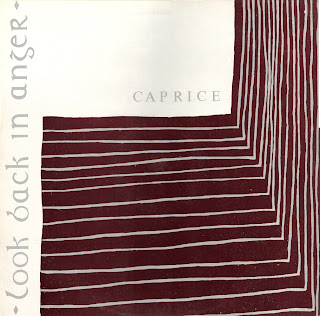 Sorry things have been a little on the quiet side in The Tombs lately. Life unfortunately has an annoying tendency to interfere with one’s hobbies.

Never fear though! Starting out in Waterlooville in Hampshire on the south coast of England, in 1979 Look Back in Anger would experience a few line up changes, including losing the keyboards before anything concrete was released.

It would be easy to assume that the band took their name after the 1956 play about a love triangle which gave the world the phrase “angry young men”, but this seems slightly odd for a female fronted band. Perhaps it would be safer to assume that the actual source was David Bowie’s  single of the same name (RCA, 1979)?

Things kick off with the Caprice / Mannequin 7”, (LBA, 1981), swiftly followed by the Foxhunt cassette/7” (Stick It in Your Ear Tapes!, 1982) whose contact listing for various animal rights groups on the rear would leave no one in any doubt as to the group’s stance on the subject matter. 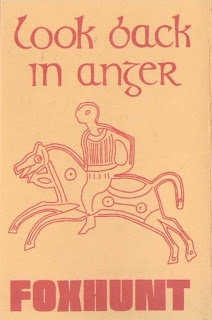 A short hiatus follows before the band reappears in 1984 with the Flowers 7” (Criminal Damage Records) with its title track sounding curiously like Kim Wilde trying her hand at Goth – not that there’s anything wrong with that. Kim Wilde happens to be a little guilty pleasure of mine and one of the first albums I ever bought. Anyone who doesn’t like it can bite me.

This brings us to the focus of this post, the Caprice mini album (or was it an EP?) containing both “Torment” and “Inamorata” from the Flowers 7”, but perversely not including the track “Caprice”.

Listening to this, there’s no ignoring the fact that it’s very much a child of its time. If 80’s alternative was a scent, you’d be able to smell this crew from the other side of the nightclub.

Unfortunately, Caprice is not an especially coherent album. It’s clear that Look Back in Anger had two quite different aspects, a relatively poppy side, and another less accessible one, and they were much the better for it when they adhered to the former. If we take that view, then tracks like “Executioner” and the rather aggressive “Silent Partner”, tend to pale into insignificance here in the face of the real stand outs here of “Gray Sky” and “Inamorata”. That last song is interesting here, not only because it’s substantially longer than the version on the previous single, but also because it includes a bridge in which the band suddenly break into a snippet of “Flowers”.

Even if listening now, this material sounds curiously dated, it is nevertheless clear that, when on the money, Look Back in Anger remain capable of evoking a deliriously wonderful sense of nostalgia.

The Caprice album would prove to be the last thing Look Back in Anger would record before dissolving.

Jim Newby went on to form the curiously named The Fifteenth whose sole release would be the Andelain 12” (Tanz Records, 1986), with its highlight on the B side being the surprising and delightfully Duran-Duranesque “Marble Shire” and Zig Zag journalist Barbara Ellen, who may possibly have been Jim’s girlfriend at the time, gracing the cover. 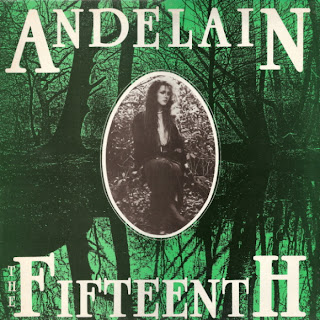 He followed on with Splashpool, who as far as I can work out don’t seem to have released anything apart from the video below. He also appears to have been an occasional collaborator with cover version terrorists Brian.

Mich also seems to have had a busy year appearing in Mankinds Audio Development with Rob Hickson and Pete Waddleton of Play Dead fame on the one-off Sunfeast 12” (Criminal Damage Records, 1984), doing backing vocals for “Gimmick” on The Cult’s debut album Dreamtime (Beggars Banquet, 1984), and turning up again a few years later working with Balaam and the Angel on the She Knows 7” (Virgin, 1986). Later she would depart for the US, in company of her boyfriend, some chap called Billy Duffy. 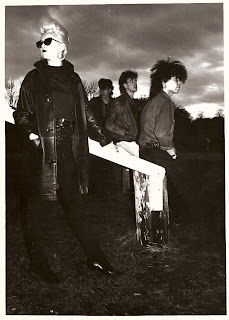 http://www.discogs.com/artist/Look+Back+In+Anger
Posted by James Von Sutekh at 10:25 AM