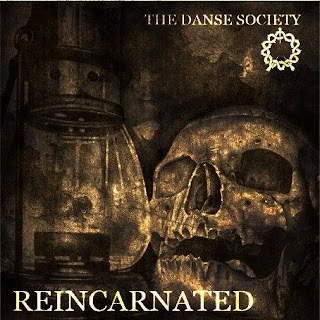 You really have to admire the immaculate timing of a band who somehow manage to make a copy of their brand spanking new CD materialize on your doorstep the very morning after you finish rebooting your blog. With coincidences like this in play, it seems simply unthinkable not to write the review immediately no?

Needless to say, the journey of The Danse Society since their ambitious decision to reform back in 2011 has been far from straight forward or easy. Problems surfaced almost immediately when original front man and vocalist Steve Rawlings hummed and hawed for some weeks before finally deciding not to come to the party. Desperate for a solution, The Danse Society recruited female vocalist Maethelyiah from the relatively obscure Italian Goth outfit Blooding Mask. Immediately, eyebrows were raised; Maeth is a fine vocalist, but how on Earth can a female vocalist do justice to songs like "Clock" or "We're So Happy" that made the band's name famous in the first place? I say this not to be sexist in any way shape or form, but rather, imagine if you will, an opera company hiring a soprano to perform a baritone's repertoire - it just doesn't matter how awesomely skilled your soprano may be, the result is simply never going to sound right.

These fears were fully realised on the reformed band's first full length album Change of Skin (Society Records, 2011). Not a terrible record by any means, but maintaining that this is in some way the same project as The Danse Society comes across rather like an attempt to insist that New Order are in some way still Joy Division. Foolish, and badly misguided. 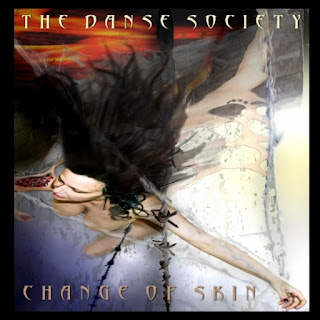 Another album emerges entitled Scary Tales (Society Records, 2013) and raises further questions. Quite apart from a dubious cover of Jefferson Airplane's "White Rabbit", does any dark rocker over 18 seriously want to be associated with this?

Unsurprisingly, a massive band schism over creative control results with founding member Paul Gilmartin (drums) and Martin Roberts (bass)  walking out on the eve of a tour, leaving guitarist Paul Nash and Maeth to their own devices. They are quickly followed by keyboardist  Martin Whitaker.

There are now two bands laying claim to the title of The Danse Society - the Goth scene has been through this all before with Christian Death and Gene Loves Jezebel, and the results this time around are no more  edifying. Indeed, fascinating a soap opera as it becomes, it is nasty, smutty and unworthy of public airing. Let us simply move on.

Paul Gilmartin (AKA: Gigi) and his compadres, unlike the other tribe who continue to incessantly bitch and whine, have thankfully also made the decision to move on,  and the result, their debut album Reincarnated, is something genuinely impressive and hard not to like.

There are 15 tracks here, of which five are new renderings of old Danse Society numbers "Belief", "Red Light", "Seduction", "Come Inside" and "Valiant to Vile". All are true to the original songs, and yet have been updated to equip them with a new and contemporary sense of urgency and relevance.

Take note of those words - "contemporary" and "relevance", because they are really what is the key to success here. Reincarnated sounds very little like an attempt to revise past glories or reanimating a zombie buried back in the 80s, but every bit a modern album while actually sounding completely like what a Danse Society album should sound like.


Reincarnated opens with undeniable force with "Message in the Wind", an obvious contender for a single that makes an immediate impression. My understanding is that new vocalist Bryan O'Shaughnessy has a background with hard rock bands, and it shows, often conjuring flashbacks to later era Cult or late 80s period Scorpions. This isn't meant as a criticism though, because once one makes the necessary shift in mental gears to accommodate this, it not only works for the band, but actually works really well.


The production here is spectacular with drums, keyboards and vocals rising to dominate your living room in a truly triumphant fashion. I normally advise bands to avoid producing their own product and consider it an unwise move for being too close to have an independent viewpoint, but in this case it has proved a highly successful strategy in giving the band exactly the effect that they require.

There is no shortage of volatile new material here. "More Than Dreams", if obvious, is another strong contender for a single while "Child of Paradise" similarly doesn't fail to rise to the occasion. "All Things Shine" is a welcome inclusion with the band exploring previously uncharted territory with keyboards that wouldn't sound out of place on a much more space-rock album like, say, Ozric Tentacles. The hidden gift of the album however is clearly "Seance and Heresy". Majestic, understated and magnificent. The album closes with "Towers", something of a "bonus track if you will, a genuinely wonderful inclusion, and being the very final track to which Steve Rawlings committed his vocals while prevaricating over whether to rejoin the band or not.

"All killer, no filler" must be one of the most hackneyed phrases in music journalism, but here, it rings absolutely true. Eventually the dust from The Danse Society wars will settle, but when it finally does, regardless of the ultimate outcome, Reincarnated will stand as a mighty testament to the soundness of Paul Gilmartin's decision to uncouple his ship from Paul Nash and Maeth's fleet and find their own way.

Danse on people - there is much to love here. 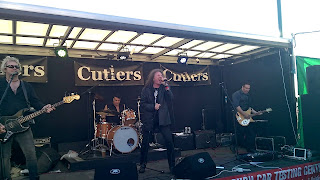