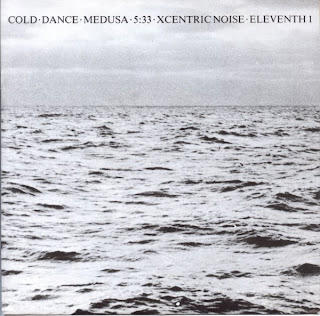 Easily the best thing about starting a blog project like this one is when I stumble upon something I missed the first time around that despite its obscurity turns out to be brilliant and happily, Cold Dance are one of these, sounding pleasingly like a more laid back English version of X-Mal Deutschland.
I must admit that my conception of geography is not my strongest suite, but I get the impression that , despite having given the world the extremely influential Throbbing Gristle, may not be exactly the hub of the artistic world.
Nevertheless, Cold Dance emerged out of in the early to mid 80s, although one gets the impression they weren’t all that keen on the Goth association.  They released two singles through Xcentric Noise, the first being No Glamour In Industry (1984) and then followed up with Medusa (Xcentric Noise, 1985).
For some reason, a download of Medusa is substantially harder to find on the net than its predecessor and a Google search on “Cold Dance” presently returns an irritating number of links to Katy Perry. But never fear! Let me save you some trouble:
http://www.4shared.com/dir/7407094/95311f2/sharing.html
I suggest you download it quick smart before this one too gets taken down – the page also has some very nice Skeletal Family stuff too – now never let it be said I don’t ever do anything nice for you :-P.

Track Listing: Medusa 7”
Other than that, available information on the enigmatic Cold Dance is rather limited, so I guess I may as well simply pad this post out by including No Glamour in Industry as well. 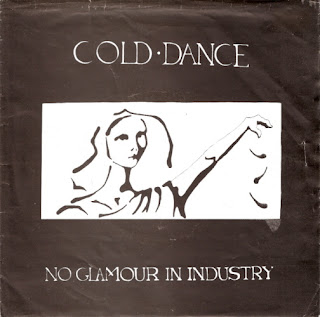 Track Listing: No Glamour In Industry 7”
Indeed, so thoroughly has time forgotten Cold Dance, that I can’t even locate a picture of the band. Their Facebook page does however contain a number of pictures of their fans, most of which appear to have been snapped in the girls’ loos, leaving one to speculate upon whether the photographer may have had an odd proclivity for loitering.
I thought these two had nice hair so in the absence of the
actual band, I guess they can go here. 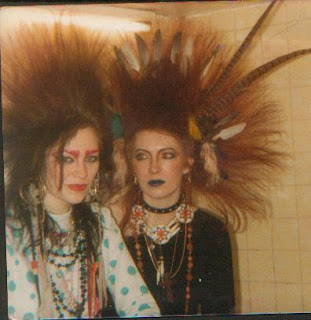