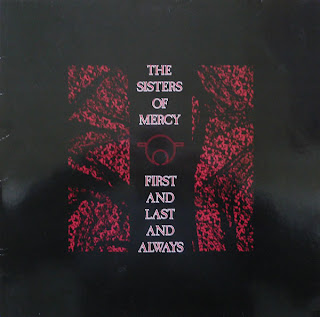 And so, as promised, we return to The Sisters Saga, and indeed an album that along with Love by The Cult (Sire-1985) would prove pivotal in turning what had by now become known as “Goth” away from its earlier arty post-punk roots towards something decidedly more based in hard rock.

As discussed previously, The Sisters triumphant single (Merciful Release, 1983) had set the template for the future evolution of Gothic Rock and set The Sisters up as a major headlining band in their own right, supported by opening act, the then nascent Smiths.

Things were not well in The Sisters’ camp however with guitarist Ben Gunn deciding that he’d had enough. (one suspects that Ben Gunn may not be his real name, since it happens to mirror that of a character in Robert Louis Stevenson’s “Treasure Island”, then again – does anyone seriously believe front man Andrew’s last name is really Eldritch?*)

Convinced that the original piss-take nature of the band had been lost and The Sisters were increasingly becoming a one-man dictatorship under Eldritch, Ben Gunn chose to walk away (see what I did there? :-P). 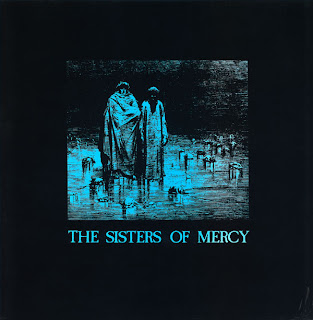 His replacement was one Mr Wayne Hussey Esq. formally associated with an early incarnation of Pete Burns’ Dead or Alive. A massive change in direction resulted, with a much more jangly rock thing appearing, initially in the “Body and Soul” single, but then as the hugely influential First and Last and Always album.

To be honest, much as I love The Sisters, First and Last and Always has never been one of my favourite Sisters discs, but as such a well-known and watershed album I’ve got nothing to say that ain’t been said before (see what I did again?). It does however, contain some of their best songs – the immortal n and Some Kind of Stranger come immediately to mind.

Happily though, being such an influential album, Youtube.com provides the opportunity to experience pretty much all of First and Last and Always in its entirety, albeit in various forms.
Enjoy!


Things were still looking a tad shaky after First and Last and Always though, leading to a massive schism within the band. Hussey and Adams pissed off to form what would become The Mission and Gary Marx ended up in Ghost Dance with Anne-Marie Skeletal, leaving Eldritch to his own devices. Arguably, The Sisters were nevermore a band as such, but rather Andrew Eldritch and the hired guns. Nevertheless, there was still brilliance yet to come.

But again, this is a story for another time…

*It’s not his real name. His actual name is the somewhat unexciting Andrew Taylor. Oh well….what was Goth if not a land of make believe and fantasy?
Come to think of it, my real name probably isn’t even remotely like James Von Sutekh either.

Posted by James Von Sutekh at 4:26 AM

Email ThisBlogThis!Share to TwitterShare to FacebookShare to Pinterest
Labels: Andrew Eldrich, Dead or Alive, First and Last and Always, Ghost Dance, The Mission, The Sisters of Mercy, Wayne Hussey