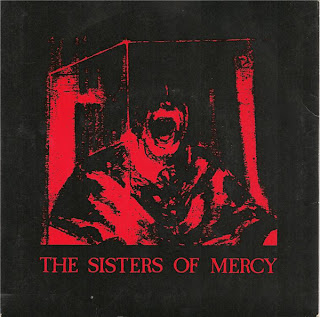 From the tone of this blog it could easily be inferred that I have a major axe to grind with The Sisters, but nothing could be further from the truth. They were after all, the band that introduced me to Goth, and a group I’ve loved ever after first seeing Patricia Morrison astride that huge black horse in the video for “Dominion”.
Of course, responsibility ultimately rests with them for developing the sound that would come to dominate the second wave of Goth, but it seems highly unfair to blame them for the legion of cookie-cutter, Goth-by-numbers clones that would explode out of labels like Cleopatra & Nightbreed throughout the nineties. Indeed, The Sisters always went to pains to avoid the label of “Goth” as though it were an infectious disease.
While their debut single (The Damage Done, Merciful Release, 1980) was done for pure ego, so Andrew Eldrich and Gary Marx could “hear themselves on the radio”,  and is perhaps better forgotten, their second attempt was another story.
“Body Electric”, a tale of acid trips completely devoid of any naïve hippy insistence that this drug would somehow magically induce spiritual insight, and its B-side, the twisting beast that was “Adrenochrome” were massive statements of intent. The Sisters had introduced a completely new impulse into the post-rock/goth equation: the garage punk of Iggy and the Stooges, and the odd electronica of Suicide and with drums courtesy of Dr Avalanche – a drum machine. No one could have foreseen where this would lead.

Boy, do you think this one might just possibly be a bootleg?

The Alice7”/12” (1982), Anaconda 7”(1983) and The Reptile House EP (1983) all followed before the style was completely refined, manifesting as the Goth classic Temple of Love 7”/12”(1983, all on the band’s own label Merciful Release) which, for better or worse, would set the template for much that would follow in the nineties. All these early singles and The Reptile House EP can be found on the compilation Some Girls Wander By Mistake (Merciful Release / Eastwest, 1992).
The Temple of Love 12" 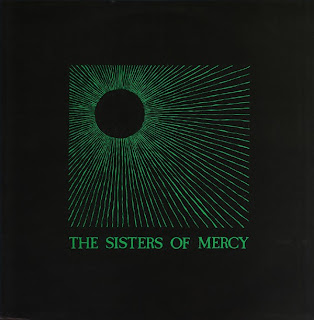 They’re still going, if only on the European festival circuit. It’s been 17 years since their last release (Under the Gun, Merciful Release, 1993) and 20 years since their last full-length album (Vision Thing, originally on East/West Albums, 1990). This in itself and the Sisters’ lasting legacy has nevertheless produced delicious ironies as friends of mine running a Goth/Industrial record store in the late 90s would discover, when confronted by a confused young man asking if they had a copy of “” by “that band who sounds like Rosetta Stone”.
Never fear though. I rather doubt this blog is done discussing the sordid history of The Sisters of Mercy just yet. Next stops…First & Last & Always and the Sisterhood saga.
Track Listing
1. Body Electric
2. Adrenochrome
Line Up: Andrew Eldrich (vocals), Gary Marx (guitar), Ben Gunn (guitar) Craig Adams (bass), Doktor Avalanche (drums)