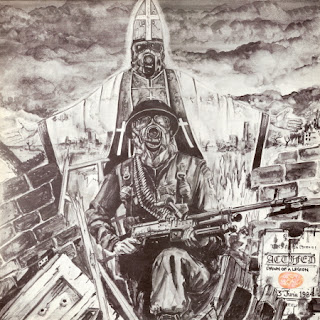 A curious enigma Actifed present us with here – while it’s very easy to find downloads on the net, it’s also very difficult to locate any solid information. Even that Mercer chappie isn’t much use here, with Gothic Rock (Pegasus Publishing Ltd, 1991) omitting them altogether and mentioning them only in passing in The Gothic Rock Black Book (Omnibus Press, 1988) with the description

So let us consider what we do know.

Actifed evidently started up around 1981 in London and despite some brilliant coverage in the UK music press, promptly ran into a whole shitstorm of legal entanglements with pretty much everyone. Contractual issues with dodgy promoters and record labels abounded and worse was to come. A certain pharmaceutical company evidently had misgivings about the band’s name, based as it was on a brand of cough & cold syrup which later became famed and in some regions banned for its high content of pseudoephedrine.

This wouldn’t be a promising start for any fledgling band, and probably links into why the band in their original incarnation released just two 12” albums although they apparently had a full length planned.

The first of these 12” was Dawn of a Legion in 1983. The magnificent cover art of a bishop praying over a soldier, and both wearing gas masks aside, this is quality stuff, but still clinging to a very punky quality, just as The Sisters “Temple of Love” single (Merciful Release, 1983) was beginning to see the scene moving away in a completely different direction.

Although it would probably be safe to say that Dave was not the most talented vocalist to ever to grace the Goth scene, he was certainly far from the worst and Dawn of a Legion stands the test of time as an enjoyable listening experience. We begin strongly with “Creation”, a tale of John Merrick, better known as the Elephant Man. “Prophesy” and “Innocent” follow, providing catchy, if simplistic hooks that make them hard not to like.

The 12” closes with the dynamic and very punky indeed “Exit”, which one can easily imagine setting the dance floor on fire in a live performance.

That's not a quiff! This is a quiff!


Fast forward a year, and we arrive at the  Tony James produced Crucifixion 12”. Crucifixion was easily the strongest song of the band’s first incarnation, and indeed appears on at least three Goth compilations that I’m aware of (Flesh, Fangs & Filigree - Dressed to Kill, 1996, Gothic Rock 3 - Jungle Records, 1998, and the DIY Make it Dark in Here - Raw Goth Insurrection, 2011). It’s a real testament to the song’s power that Actifed by this point had acquired a saxophonist (I really fuckin’ hate saxophone) and yet, “Crucifixion” still manages to delight. 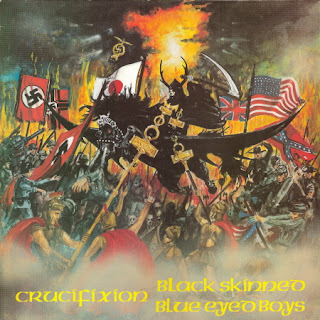 Unfortunately, side two is rather less pleasing. Apart from irritating Ska tendencies in general, did I happen to mention that I really HATE saxophone? It honks annoyingly throughout both “Black Skin” and “Blue-Eyed Boy” (effectively different versions of the same song - itself a cover of 60s funk outfit The Equals ("Black Skin Blue Eyed Boys" - President Records, 1969)) in a way that makes me wish I had a time-machine so I could go back in time and shove that fucking horn right up his...

Sorry, I got a wee bit carried away there.
But seriously – you know that pair of Muppets?
The ones with the car-horn ears?
Yeah - the ones who honk their nose and their ear-horns go off?
That’s what this sounds like.
And it makes me want to punch Actifed every time I hear it. Which is a real shame for an otherwise decent band. It may also go some considerable way towards explaining why Richard Kick made one of the single most silly statements in the history of music journalism when prior to the Crucifixion 12” he wrote
“By that time Actifed will be universally recognised as one of the three important groups in the land”.

And while we’re here, we also have this spectacularly uninformative interview from 1983.


And like so many others, Actifed are back too after a 25 year hiatus, releasing the full-length Chains No More (Revelation Records, 2009) which appears to be mostly old songs they never got to release the first time around, and in an apparent attempt at the world title for cheesiest album name ever, Rhythms of Mass Destruction (Revelation Records, 2011) which reportedly may be a return to the Ska influences.


Boy, do they love those gas masks - I sure
hope they’ve lost that fucking saxophone. 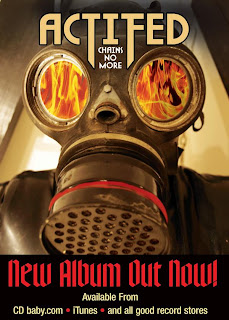 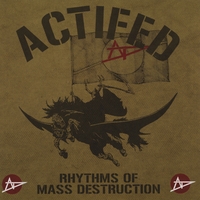 I do wonder if they normally perform in gas masks? Surely a tad on the warm side?

Dawn of a Legion - Track Listing 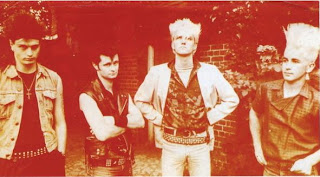