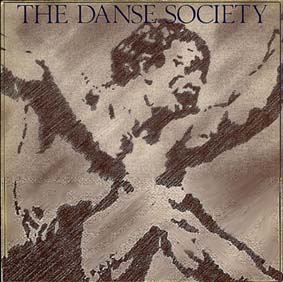 Ahhh, The Danse Society – at the time perceived as the most accessible of the new post-punk breed, so much was made of them, and disappointingly, so little of this expectation was realised.
Having released “Clock” and “There is no Shame In Death” and other lesser singles, the band led with the six track Seduction EP as their first “big” release. Opening with “Godsend”, a track that vocally was not a million miles away from Joy Division ala “Atrocity Exhibition”, the EP moves through the exciting and vital “My Heart” and “Danse / Move” (the obvious single), before concluding with the (almost) instrumental “In Heaven (Everything is Fine)”. A primarily keyboard driven band, it is at times easy to slip into speculating that this could well be how Alien Sex Fiend could have sounded had they ever possessed the desire for commercial potential. Meanwhile, vocalist Steve Rawlings didn’t so much sing as powerfully proclaim while the bass behind him weaved rich textures as the drums tapped an urgent morse.
Shortly after this, the band would be snapped up by Arista and release the much better known but much safer album Heaven is Waiting (Arista, 1986). Great things should have come, but sadly failed to arrive with both the label, public and the band apparently losing interest and impetus.
The Heaven is Waiting LP 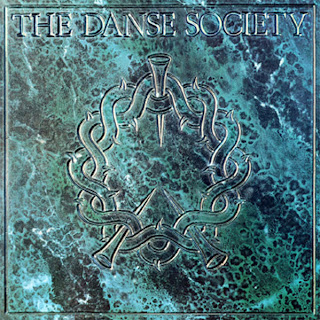 Keyboardist Lyndon Scarfe’s liner notes included in Seduction: The Society Collection (Anagram/Cherry Red, 2001) make for interesting reading in viewing the band in retrospect:
“I think it’s important to place what we were doing in context…Politically, it was an anxious period – a time when Reagan, Thatcher, Brezhnev & Deng Xiaoping were pushing us to the brink. At home Thatcher was dismantling industry & preparing her troops to destroy the unions. In addition there were (officially) 3 million unemployed, hunger strikes in , the Doomsday Clock was at 4 minutes to midnight and TV transmissions were shut down every night at a similar time. If pop music is a product of its environment then it’s important to take these things into account.”

Track Listing:
1. Godsend
2. My Heart
3. Falling Apart
4. Danse/Move
5. Ambition
6. In Heaven (Everything is Fine)
Seduction has a very strange and contorted history of being re-released. Its first resurrection was as The Danse Society LP (Society Records, 1984) which also included “We’re So Happy”, “Belief”, “Woman’s Own”, “There is No Shame in Death” and had “Danse  / Move”, “Ambition”, “Somewhere” and “Hide” included as a bonus 12”. Oddly enough, it bore the catalogue number of SOC 1 despite being released two years after the Seduction EP which was numbered SOC 882.
To further add to the confusion, an earlier compilation of singles and twelve inches exists, also called The Danse Society (Sonet, Intercord Tontrager GmbH, 1983) which includes some tracks found on the SOC1  compilation, others which are not, and nothing whatsoever from The Seduction EP.
As if this wasn’t enough, the whole shebang was then released on CD as Seduction: The Society Collection (Anagram/Cherry Red, 2001), to some extent combining both of the earlier Danse Society compilations in also including “Clock”, “Continent”, and the B-side of There is no Shame In Death “These Frayed Edges”, but inexplicably leaving out both the second B-Side “Dolphins” and “There is No Shame In Death” itself. Just for good measure, it also has the tracks from the Seduction EP in a different order. Incidentally, The Danse Society did indeed have a song called “The Seduction” which in a final touch of the bizarre does not appear on either of the albums of that name.
Confused? I’m not surprised. I’ll have you completely befuddled by the time I’m done. 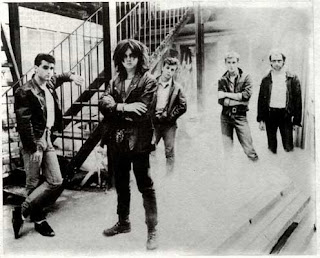 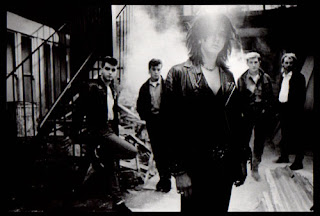