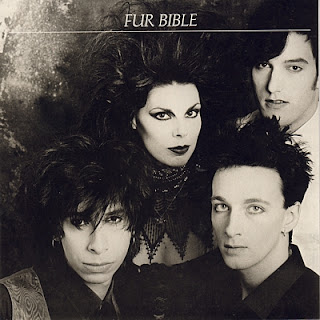 It seems only fair to cover Fur Bible here if for no other reason than that it is from their song “Plunder the Tombs” that this blog takes its name.

Formed by Kid “” Powers and Patricia Morrison on leaving The Gun Club and relocating to , Fur Bible was a short-lived affair producing only a single and a 12” both sharing the same title. Considering the relative obscurity of the release, I was expecting something which would be only of interest to collectors, but was pleasantly surprised by the quality of this, in itself partially a testament to the abilities of producer Clint Ruin (aka: Jim Foetus, aka: Jim Thirwell). A thundering little piece of gothic psychobilly, fans of The Cramps will find much to like here – you just need to imagine your favourite band after they’ve taken just a smidge too much Xanax. 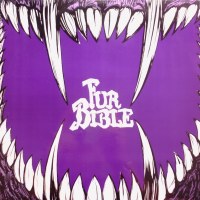 Fur Bible supported Siouxie and the Banshees across the on the Cities in Dust Tour, before it all came to an end. Kid “Congo” Powers was seduced into joining first The Cramps and then Nick Cave and the Bad Seeds, while Patricia ended up joining some obscure gothic non-entities called The Sisters of Mercy or some such crap and then in playing bass for some other band no-one had ever heard of called The Damned.

Needless to say, both of Fur Bible’s releases are long since out of print and locating a copy online was quite a saga in itself. Gold was finally struck at Ripped in ’s very interesting and musically diverse blog, a link to which can be found below. You can also hear "Plunder the Tombs" & "Headbolt" on their Myspace site which you'll also find below. Sadly, this is the only video I can find this time round. 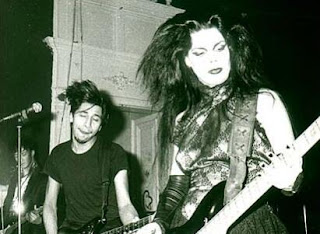 Posted by James Von Sutekh at 4:57 AM