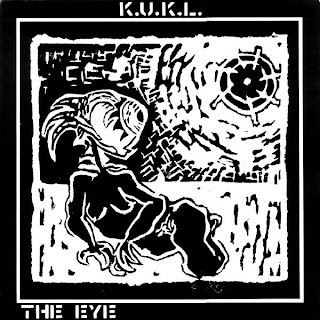 It seems inconceivable that this little Icelandic number has been almost completely lost to obscurity, not least because it’s quite brilliant in its own right, but also because its primary vocalist was a young lady named Björk Guðmundsdóttir who years later would of course go on to become one of the most famous artists in alternative music.
“Kukl” is Icelandic for “sorcery” or “witchcraft” and as albums go, this is certainly left-of-field, but if not “Goth”, then it’s very difficult to imagine what else one might classify this disconcerting and often nightmarish excursion as. Lyrics from the first track “Assassin” do give us some clues that we may be on the right track here however;
“I'm dead.
on the floor.
I'm dead.
Listening
I'm dead.
Kicking.
I'm dead.
I'm dead.
I'm dead.
I'm dead.
AHHHHHHHHHHHHHHH!!I'm dead, until I stand up.
I'm standing up.
And bring this to an end.”
The Siouxsie and the Banshees influence (or perhaps X-Mal Deutschland by extension) seems the most obvious here, but is beefed up by something much more noisy and percussive (I notice some previous commentators have suggested Einsturzende Neubauten as an influence, although I’m not personally convinced that is where the answer lies). The album’s strangeness comes from both the unusual additional instrumentation including flute, strings and bells, but primarily from Björk’s vocals which are often reminiscent of Nina Hagen in frequently crossing-over into bizarre and tortured screaming chaos.


For sheer lack of mainstream accessibility, K.U.K.L. might well have remained unheard of outside of Iceland, but the band were fortunate to strike up a friendship with English punk/post-punk bands Flux of Pink Indians and Crass, ultimately appearing on Crass’ own record label. A second album Holidays in (The Naughty Naught) followed (Crass Records, 1986) which is certainly something I’ll be aiming to pick up if the strength of The Eye is anything to go by.
After this, Björk and Sigtryggur Baldursson went off to form The Sugarcubes, and writing alternative music history in the process.
Outside of Björk’s hardcore fans, K.U.K.L. may have been largely forgotten, but it is highly recommended.
Track Listing
1. Assassin
2. Anna
3. Open the Window and Let the Spirit Fly Free
4. Moonbath
5. Dismembered
6. Seagull
7. The Spire
8. Handa Tjolla 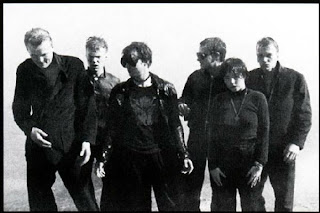