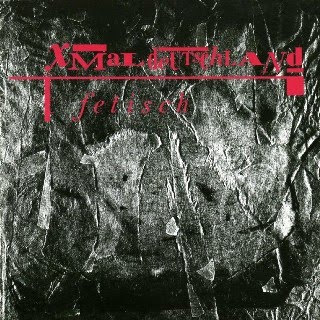 Originally an all-female outfit from Germany, X-Mal had already released two singles"Großstadtindianer" and the cult favourite “Incubus Succubus” and shed a member in favour of Wolfgang Ellerbrock on bass by the time they released this, their debut album in 1983. Forever compared to a darker version of Siouxsie and the Banshees, X-Mal were propelled by Anja’s droning vocals and Fiona Sangster’s distinctive keyboard style accompanied by driving, urgent bass and drums.


Leading with the powerful single “Qual”, Fetisch alternates between the lush exoticness of songs like “Orient” to the minimalist “Hand in Hand”. The fact that they sung predominately in their native German only added to their mystique. The following year they would release the impossibly even more brilliant album Tocsin, before making the perhaps unwise choice to begin singing increasingly in English. Two further albums (Viva, 1987 and Devils, 1989) followed before the wheels fell off the machine altogether. 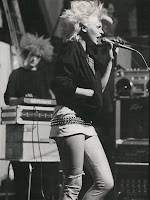